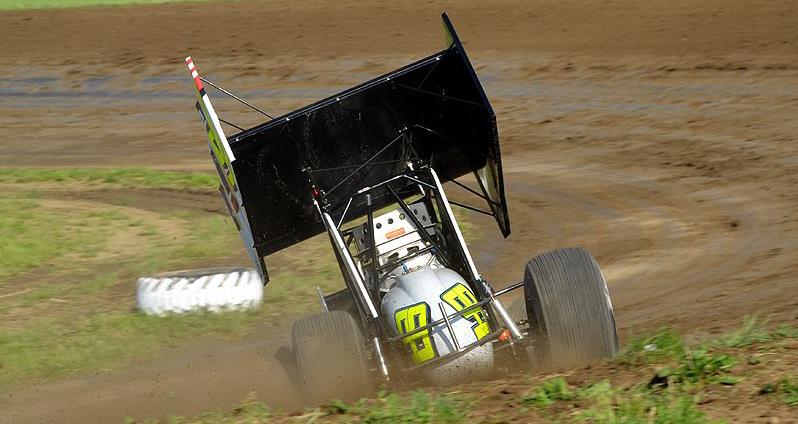 Lonnie Wheatley, WINCHESTER, Ind. (October 5, 2018) – Brady Bacon returns to some familiar territory this weekend after an extended absence as a washed out USAC weekend alters the course to Little Rock, Arkansas, for the 31st running of the COMP Cams Short Track Nationals presented by Hoosier Tires at I-30 Speedway.

It comes on the heels of last weekend’s set of Amsoil USAC National Sprint Car events that included a pair of top-five finishes with a fifth-place showing in the Kokomo Sprint Car Smackdown finale on Thursday night and then a runner-up finish in Saturday’s Fall Nationals at Lawrenceburg Speedway.

This weekend’s return to I-30 Speedway’s Short Track Nationals comes as a result of a pair of USAC Sprint Car races rained out at Eldon, Missouri’s Lake Ozark Speedway and Kansas City’s Lakeside Speedway.

Last weekend’s USAC Sprint Car triple kicked off with the conclusion of the Kokomo Sprint Car Smackdown at Kokomo Speedway. Already locked into the “King of the Hill” pole shuffle, Bacon finished out the night with a fifth-place feature run after starting sixth.

“We were just way too tight in the feature,” Bacon said of the Smackdown finale.

Friday night found Bacon in action at Gas City I-69 Speedway, where he salvaged a 13th-place finish after starting the night by timing in 14th-quickest in qualifying.

”We struggled at Gas City, it was the same car that we crashed at Haubstadt and it wasn’t working right,” Bacon comments. “We decided to change cars after that and retire that one for the year.”

The change of cars proved to be a wise one, as Bacon was in the lead mix at Lawrenceburg’s Fall Nationals on Saturday night and led a good portion of the race before settling for runner-up honors at the stripe.

“I got a little tight on that one restart, hit that hole in three and bounced it pretty good,” Bacon said of the moment that he surrendered the lead. “We were actually pretty lucky to finish that one, it was pretty rough on equipment.”

With an unanticipated week off from the wingless ranks, Bacon straps on the wings and sets his sight on the $10,041 winner’s share at Little Rock’s I-30 Speedway this weekend with preliminary action on Friday preceding the Saturday night finale.

Up Next: 31st Annual COMP Cams Short Track Nationals presented by Hoosier Tires at I-30 Speedway in Little Rock, AR, on Friday and Saturday.