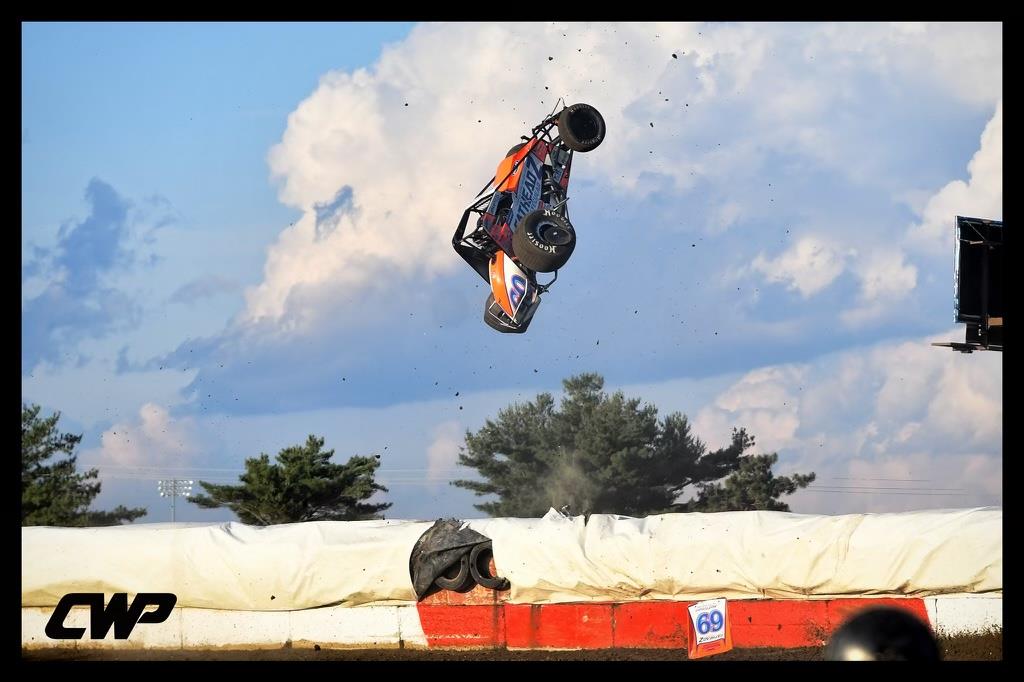 Bacon’s Remarkle Comeback at the Hulman Classic to Finish 3rd

Brady Bacon’s remarkable comeback story at the Hulman Classic was one that will be talked about for a long time to come. His night began with him earning his 40th career USAC National Sprint Car fast qualifying time, surpassing Levi Jones for fourth-place all-time. In the first heat race, however, Bacon nearly touched the clouds in a sky-high crash that sent him flipping viciously over the turn one wall aboard his Dynamics, Inc./Fatheadz Eyewear – Elliott’s Custom Trailers & Carts – TelStar/Triple X/Rider Chevy.

Following the incident, Bacon and the team rolled out the backup car that he had run as the primary late in 2020 at Terre Haute and again, most recently, earlier this month at Ohio’s Eldora Speedway. Subsequently, the three-time series champ raced from the tail (14th) to finish 3rd and transfer to the B-Main. And, to cap it all off, he made another charge from his 9th starting spot to a 3rd place finish in the feature.

“I was pretty confident in my guys that everything was ready,” Bacon said. “I wasn’t really too nervous about going back out there. I knew I had to get by a lot of the slower cars in the B, and after a couple of laps, you get back into the rhythm and start thinking about how you can make your car even better.”