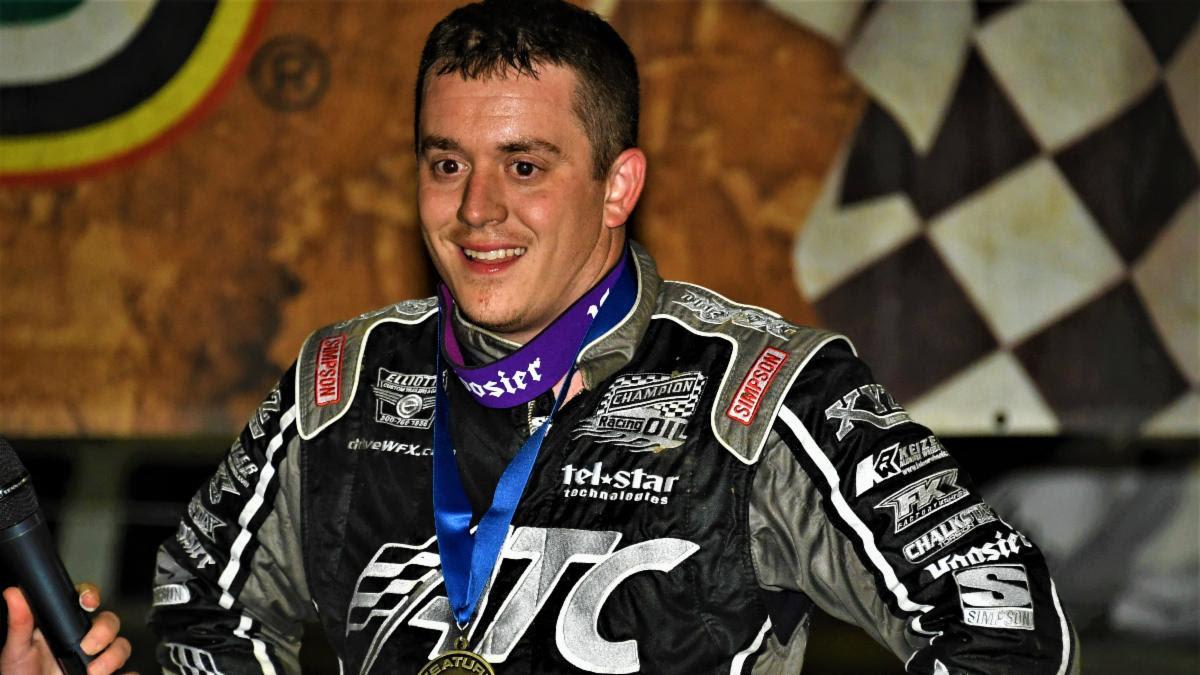 By Richie Murray, USAC Media (speedway, IN) -- Two-time series race winner Brady Bacon has signed on to race for Five Three Motorsports on the dirt for seven events during the 2021 USAC Silver Crown season.

The Broken Arrow, Okla. native has wheeled the Klatt Enterprises No. 6 for the past three seasons, securing both of his career series wins at Pennsylvania's Williams Grove Speedway and Ohio's Eldora Speedway in 2019.

On the same day as the announcement of the parting of ways between Bacon and Klatt, the Joliet, Ill. based Five Three Motorsports team was seeking a new driver for their No. 53, a seat which was vacated by Shane Cockrum after he joined the newly formed BLS Motorsports team for 2021.

With both Bacon and Five Three now coveted free agents, the two found each other at the right moment at the right time to put a deal together for the new season.

"It was getting kind of close to the season and there probably wasn't that many owners looking for drivers," Bacon estimated. "Five Three happened to be looking for a driver at the same time I was looking for a car."

Five Three's Matt Schuck is ecstatic to bring a proven race winner and a three-time USAC AMSOIL National Sprint Car driving champion to their team, which is looking to reach victory lane for the first time since joining the series in 2014.

"We weren't expecting to be a part of the 'silly' season," Schuck admitted. "But a deal came up for Shane (Cockrum) that he couldn't pass up. We understood and wished him all the best. We feel that our program gets better and better every year, and with all the knowledge we gained last year from Shane added with the obvious talent of Brady, we feel we will contend for not only top-fives but wins at every race this season. We look forward to not only competing for wins race-in and race-out, but also look forward to learning from one of the best in the business, which will make our program stronger for not only this season but in seasons to come."

Five Three has fielded Cockrum, Robbie Ray, Robert Ballou and, most notably, Steve Buckwalter, who competed for the team for five seasons between 2015-19, coming one lap shy of his and the team's first victory at Williams Grove in 2019, a race that happened to be Bacon's first series win.

"They have good equipment and a good motor, which will put us in a good position with a chance to win," Bacon said of Five Three. "I have a little more Silver Crown experience now and can bring a little more to the table on setups and things like that. I think, if we do everything right, we should be in contention to win every dirt race."

The 30-year-old Bacon has 28 career Silver Crown starts to his credit since 2014, the same year Five Three first fielded a team with the series. In that time, Bacon has grabbed a pair of wins, 13 top-fives and 19 top-tens to go along with one pole position in 28 starts.

Bacon's accomplishments know no bounds with 35 career USAC AMSOIL National Sprint victories and 8 USAC NOS Energy Drink National Midget triumphs, but Silver Crown presents a different challenge that involves deep strategy with its longer races and its eclectic mix of venues, and though any Silver Crown win would suffice, there's one piece of the puzzle on the resume Bacon would like to bring home.

"It's a unique form of racing," Bacon stated. "You get to race on dirt miles, and anytime I can race on half-miles with anything on dirt, I'm all for that. Hopefully, we can better my finishes on the miles. We've been right there, knocking on the door and qualifying up front. It seems like things have to go a little more your way on the miles to get a win compared to the half-miles where we should be strong again like I've always been. Obviously, I've won Silver crown races, but getting a win on a mile is my ultimate goal in a dirt silver crown car."

Although the 2021 USAC Silver Crown begins on the pavement, with May 9th's Rich Vogler Classic at Indiana's Winchester Speedway, Brady Bacon will have full involvement as the promoter of the event. His first appearance behind the wheel of the Five Three Motorsports ride will come in the 66th running of the Hoosier Hundred on May 27.